There were approximately 20.6 million people who suffer from addiction in the United States over the age of 12 in 2011. Addiction can be such a large hurdle to cross. Countless people in this world have grown up with a mindset that they are going to hell, because of their continued struggles with addiction. What is not realized by most is that often addiction goes hand and hand with Mental Illness or some trauma that occurred in the person’s life. Addiction frequently is passed down a family line.

As a child, I saw first hand the effects of addiction. There was a constant cycle of trying to get free, feeling better, getting worse, relapse, and rehab or hospital stays. This often left my family feeling hopeless and longing to find freedom from the effects of it. I have also seen people with this struggle in the church being shamed and pushed out because of their failures and relapses. Often these people are blamed for being weak and in some cases pushed out of the church until they repent. They walk away with shame feeling like they are hellbound or disqualified to be loved by God. These situations cause my heart to cry out for justice and healing for these people. The enemy cannot have them anymore. These agreements and mindsets have them in prisons and bondage. I say no more!

Although overcoming the addiction is a big part of the being healed. I believe that the healing goes much deeper. Trauma and wounds from a person’s past or even present situation can be a big part of what causes this addiction to have such a hold in a person’s life. This also can attribute to pain and sickness. Sometimes the solution is much deeper. Sometimes healing needs to take place on a deeper level at the root of what is causing this struggle in a person’s life.

Here is an example of a recent breakthrough with someone struggling with addiction. I am sharing this with permission.

THE BOY AND HIS SWORD:

A friend of mine called and asked that I pray for her brother and his wife. Just to be clear, her brother asked us to pray and gave us permission to see what was happening around him and remove anything demonic. To protect the identity of this couple and their circumstances, I will not go into the details of what was happening in their life. However, I will say that a heroin addiction and violence were involved.

As my friend and I prayed, I saw a picture of my friend’s brother; we will call Judah. He had this large demon that was attached to his back. The demon had his claws in his neck his left shoulder, and his mouth was right at Judah’s ear. When we saw him, I asked Papa what we should do. He said, “Ask his name and assignment?”

I asked him these questions, and the demon became very angry that we were there. He wouldn’t respond but rather decided to get bigger and was hissing and seething with anger. He grew in size trying to look like a threat. The entire time I felt a complete peace and confidence that he had no ability to hurt us. As he continued his fury and showing off, I again commanded him to reveal his name and assignment. I also threatened that if he didn’t cooperate there would be consequences. With this, he revealed his name as Volatility and that he was assigned to bring threats, addiction, and violence to the mind and soul of Judah.

Normally, my response would be to bind and restrain the demonic and cast it out of Judah, but I felt the prompting of the Lord to do something I have only done a few times. I spoke to him and said, “Volatility, I remind you of who you are, and you were created to be.” As I said these words, I saw him stumble backward and saw him transform. The transformation was only temporary, but he was a glimmer of a redeemed form of an Angel. At this moment, I heard the Lord say his name, and I began to speak to him, “Your name is Cadence, not Volatility. You were created to speak life to people. Your words and assignment were not meant to corrupt but to bring healing and life. I remind you of who you are!” As I said this, he was very disoriented and completely left go of Judah.

To be honest, because of my lack of understanding, I was a little taken back by what was happening, but yet I knew that God has a reason for this. I would love your thoughts on this.

As this happened, I knew there was nothing more God wanted me to do with this demon so one of my angels removed him from where Judah was, and we placed a wall of fire around him that no harm could come to anyone. I believe Volatility/Cadence was left somewhere safe to sort out what he had just experienced. It was time to get back to ministering to Judah and his wife.

We began ministering to his wife whom I will call Ann. Although she was not healed completely, we worked with several areas in her life and ministered to a young fractured part of her that had struggled with potential child abuse and deep trauma. We worked with this younger part and brought her to Jesus and left her with Him in the garden of her heart. Although this was a wonderful story, I want to concentrate on Judah’s story.

Then we saw a little boy who was a fractured part of Judah that was watching what was happening. He had been peeking around a corner watching intently as we ministered to Ann. We sensed that he wanted to have the same freedom. Then I saw two smaller demonic bullies, and he was afraid of them. Once we removed the bullies who were demons, we began ministering to this little boy. Removing fear, pain, and other strong, painful emotions and we watched as these painful emotions were replaced with joy, courage, and peace. He had a wooden sword, and he wanted to just play with us. It was like he had been so shut down by fear and intimidation that suddenly he came alive with this new ability to have fun.

First, we removed him from the room he was in and collapsed the old room and placed him in the garden of his heart. There were cool rock formations that he was able to climb on and explore and just be a kid. Although some parts of his garden still needed work, the area we went to was full of life and provision. For a little while, we played back and forth with swords as well as a game of hide and seek. It was a lot of fun. Who knew healing could include playing in the spirit.

After a few minutes, I asked him if he would like to meet Jesus as He could play with him and hang out with him. He did, and Jesus came. Out of safety from a potential false Jesus, I asked him to check Jesus’ eyes to make sure it was filled with Love.

Jesus got down on His knees in front of him. Little Judah in a very curious and in an innocent manner got face to face with Jesus and looked closely. Then taking his fingers, carefully played with Jesus’ eyelids, pulling them up the whole way and looked super closely as Jesus smiled big. Then Judah responded, “Nope, I don’t see anything bad. All I see love!” With a lot of laughter, Jesus hugged him, and Judah hugged him back, and we knew he was at a great place to allow Jesus to minister and play with him until we could pray again. 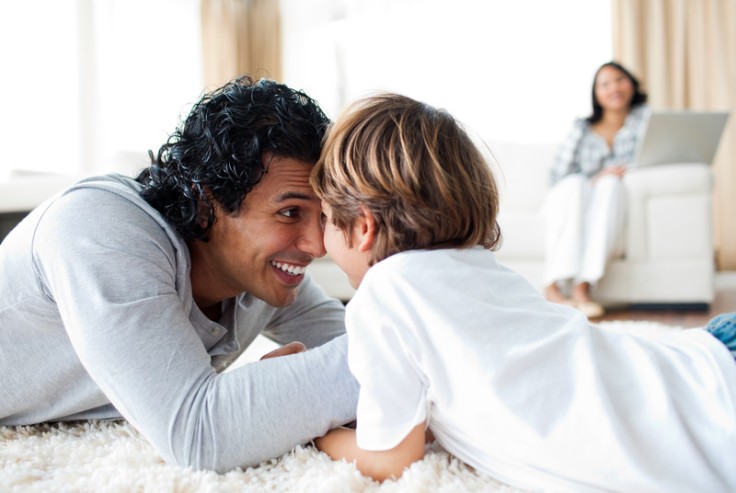 We are not done praying for Judah or his wife. However, from this prayer session, He has seen significant change, and His Mother even reported a big change. I received this message from his sister two days after our session:

Hey Susan, so I talked to my mom yesterday. She said that Judah is doing really good. He was saying things like even the trees seem different and food tastes different. He said he doesn’t have any cravings and that he can’t believe he’s wasted so much time on drugs. He’s been arrested before, and he has never said anything like this. Mom said that they have laughed like they haven’t done since he was a kid. I’m like oh my goodness. Pinch me. It’s one of those things that seems too good to be true. It really is amazing. Like major miracle! My mom wanted me to tell you thank you so much for your help. She just cried when I told what the Lord had shown us. I think just having someone else helping is such a relief. She’s carried a heavy burden for Judah. Anyway, it’s going really good for them. Thank you so much!!

I then received this message a few days later:

Just got off the phone with Mom. Judah told her that something profound is happening with him. He can’t explain it. He said that even time has stopped or something like that. That he looks 10 years younger from when he went into jail until now. He has been an addict since 18. He’s 33 now. This is a huge miracle! That boy is set free. Papa is so good.

10 thoughts on “The Boy and His Sword”